Posted at 16:47h in Party by Purely Events 2 Comments

Purely Events had been asked to organise Jean Lampard’s 70th birthday party. It was her families wish to produce a celebration that not only reflected her wonderful personality but also to say thank you for being such a caring, thoughtful and courageous person throughout their lives. As a family the Lampardâ€™s were so proud of Jean for all that she had achieved and how she had supported them throughout the years. They knew her love for Africa had such a huge influence on her design and artistic flair as well as her spiritual connection for life. Therefore it only seemed right that the party would have a â€˜Jungle Themeâ€™. Hence the name Jeannie Zambeeze Jungle Party was born. Her family wanted the party to be held at the Guildford Golf Club as Jean had spent many years as a member along with her family. They felt that Jean had many fond memories of great golfing days, as well as enjoying the golf club parties and dancing into the small hours. Louise worked closely with Anita Fallea from Decor Events to create a spectacular backdrop for the Jungle party. Decor Events sourced and set up the Leopard and Zebra skinned tablecloths, black napkins, lighting with patterned gobos producing a tree effect on the walls, palm trees and tropical floral displays. They really did transform the room and gave it a completely different look and feel a huge thank you to Anita and Mel for all their hard work. 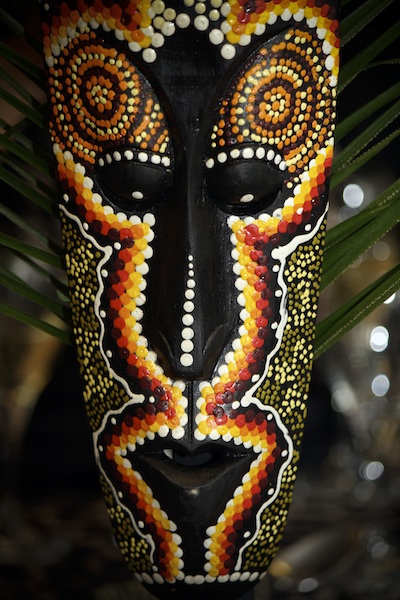 It only seemed right that Jean should have her own cocktail therefore the Zambeeze cocktail was uniquely designed just for her. During the Zambeeze cocktail and champagne reception the African dance group Ngoma delighted the audience with their mesmerising dance. This group are based in London and are part of the young peopleâ€™s arts organisation. Their members are from different countries and from different cultural backgrounds, which provided a diverse repertoire of dance and music across Africa. 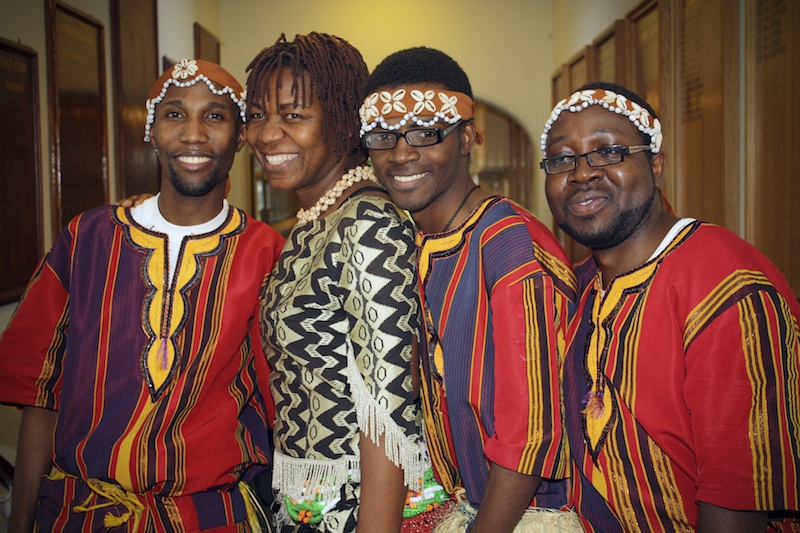 The cake that best reflected their motherâ€™s spirit and personality was the Leopard. Tracy Jane Duckett produced the cake every detail had been thought out methodically from the whiskers, to the painting of the eyes, the positioning of the Leopard on his log with his head lowered ready to pounce onto its oncoming prey. 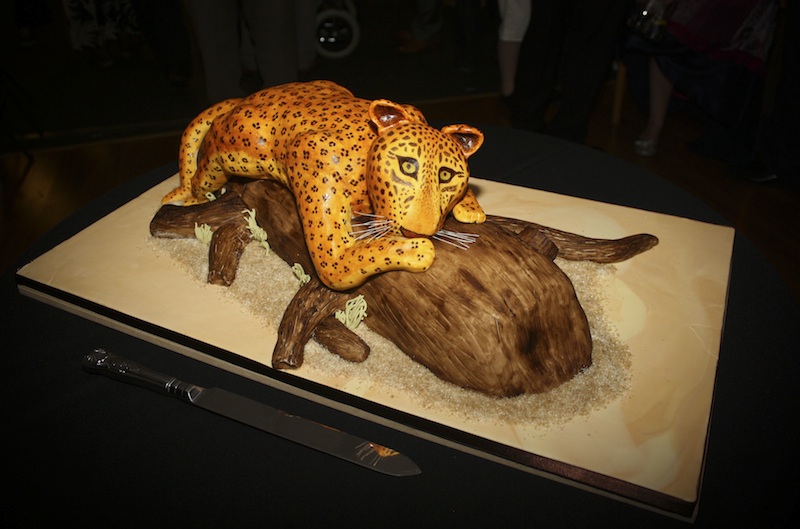 In order for the food to fit perfectly with the theme of the party it was decided with the Guildford Golf Club that the best option would be a Hog Roast with Lamb and Pig on a spit. A range of salads, cous cous, a cheese board and an astounding tropical fruit display would accompany the meat. It was also decided that the food would be cooked just outside the main eating area so that the aroma of the barbecue would waft gently into the room giving the guests a feeling of being in the jungle. 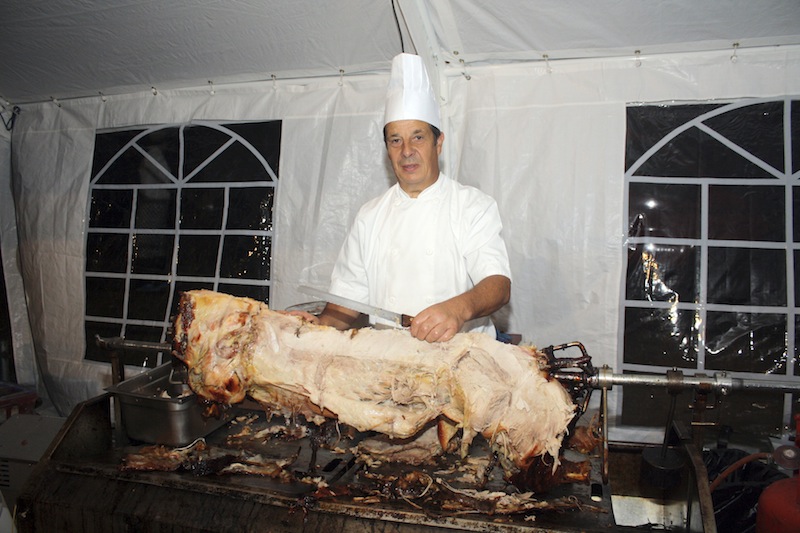 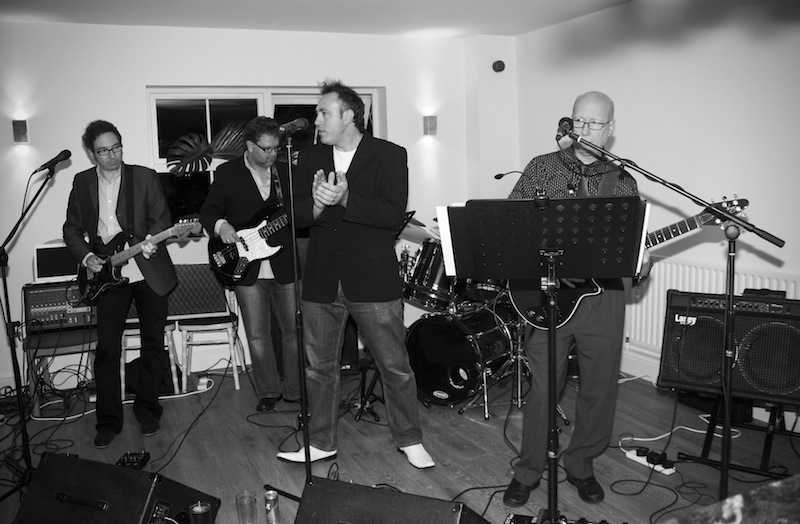 Now a party wouldnâ€™t be a party without a final surprise at the end of the evening but how could you top such a fantastic night. This is where Purely Events suggested putting on a grand finale of the most astounding firework display Jean had ever seen. Her love for the Lion King was well known amongst her family members. They had such an amazing evening once in London and this has stayed with Jean forever that is why we suggested that the fireworks would be set in time to music. The only music that fitted the display so perfectly was The Circle of Life, which is sung by an off-screen character voiced by Carmen Twillie, with African vocals by Lebo M and his African choir. This song played in time to the amazing explosions of the fireworks evoked a multitiude of emotions and had the family in tears of amazement and joy. 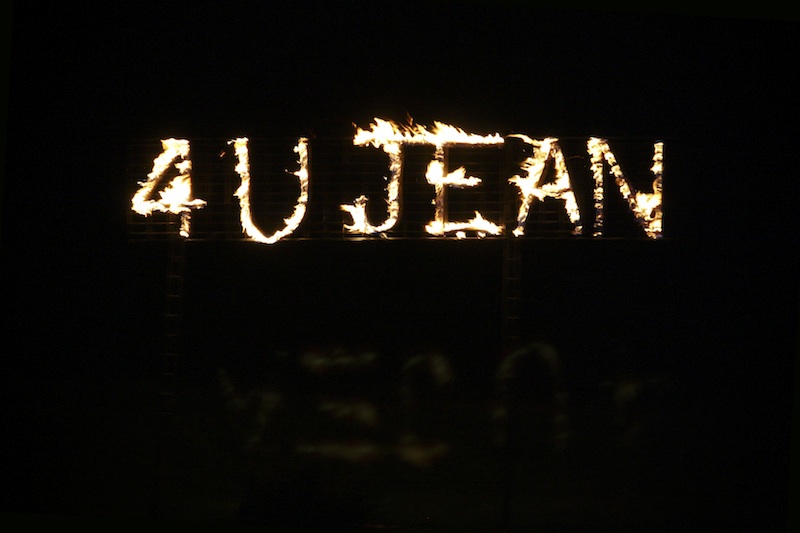 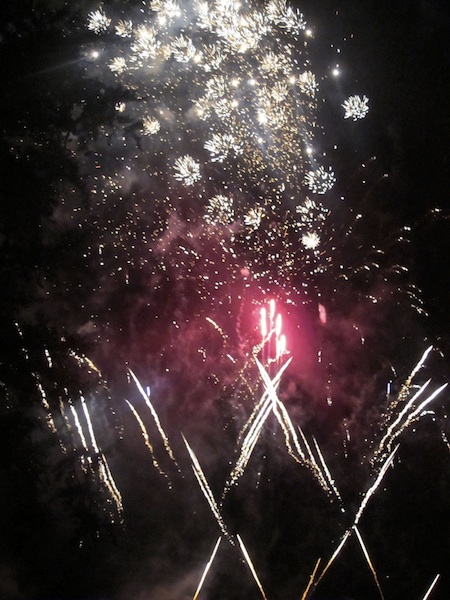 The evening was beautifully captured by Sarah Druce Photography